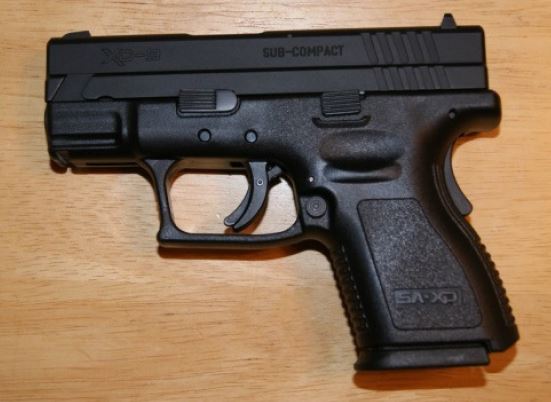 The Springfield XD-9 Sub-Compact is a 9mm polymer handgun. From the factory, it comes in a hard gun case with 2 magazines: 1 regular and 1 extended 2-stack magazine. The regular magazine holds 9 rounds while the extended holds 16 rounds. Many would consider this handgun a “hybrid.” That is, it has some of the best features of a compact handgun and those of a full-size handgun. This gun is the same basic size as the Ruger LC9, except it is a bit wider. With that in mind, the trigger is a whole lot smoother than that of the LC9. The XD9 has the trigger pull of a full size pistol, nice and smooth.

The Springfield is a bit on the heavy side for a concealed carry, but that can be easily overlooked due to the fact that it feels really good in one’s hand. There is a nice indentation where the thumb fits when the gun is gripped. It is really true that this gun feels more like an extension of one’s hand than an object being gripped by your hand.

On a side note, for some reason, this gun seemed to have problems with Winchester White box ammo. I actually had one round get stuck in the gun to the point where I had to take it to a gunsmith for him to remove. All my other guns had no issue with that box of ammo, so this is simply something to look out for.

The bad points of the gun:
Heavy
A bit on the wide side
Picky with some ammo

One Response to Springfield XD-9 Sub-Compact