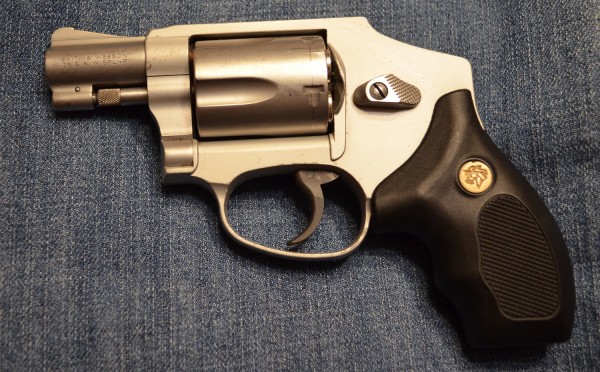 The J-frame is the smallest revolver that Smith & Wesson currently makes. These are typically 5-shot revolvers chambered in 38 Special, 357 Magnum, or 22 long rifle. The barrel length can range anywhere from 1” to 3” in length. Smith & Wesson manufactures these revolvers out of a number of lightweight materials such as aluminum, titanium and scandium. Their predecessors such as the Models 36 and 60 were made from steel.

The test gun for this review was a 1 7/8” barreled Model 642, known as the Airweight. This revolver weighs 15 ounces when empty and as advantageous as that might be for a concealed carry piece, it makes up for by being unpleasant to shoot. In a lightweight firearm firing a full-powered handgun cartridge for self-protection, the frame does little to absorb recoil so the energy is transferred to the shooter’s hand. Accuracy is fine for the first few strings, but begins to open up after firing 20 rounds in succession. The 642 is perfect for concealed carry and self protection, but it is definitely not a handgun the typical shooter would want to put more than 50 rounds through at a range session.