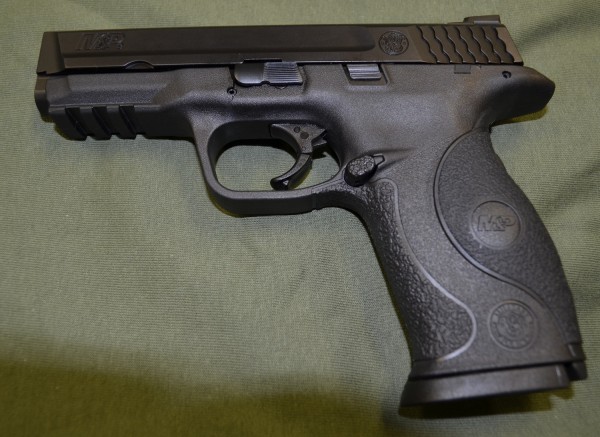 The Smith & Wesson M&P (Military & Police) series is the latest evolution of the company’s Sigma series of polymer-framed pistols. The name of the series is to give homage to the company’s earlier offerings of the M&P revolver from the early 20th century. The M&P series is rapidly being adopted by numerous police agencies in the US and is growing in popularity with the American shooting public.

The ergonomics of the M&P are superb, owing to the interchangeable back straps of the company’s earlier S&W 99 developed in part with European manufacturer, Walther, as well as Smith & Wesson’s earlier study of the human hand in development of the Sigma series.

The Smith & Wesson M&P is striker fired and all of its metal parts are made from Melonite-coated stainless steel. The factory trigger weighs in at 7 pounds and the one complaint in this department by this reviewer is it felt mushy as opposed to being crisp. Aftermarket triggers are available to improve the trigger, but this should be made right by the factory.

The test-M&P was chambered in 9mm and came with an integral laser sight which works better indoors or in low-light conditions as opposed to shooting in the full sunlight of Northern Nevada. Felt recoil was minimal and the pistol digested every round it was fed, making for decent groups at 50 feet, mostly due to the pistol’s ergonomics and in spite of its sub-par trigger.